Samad was seven when his mother decided he was ready to learn how to read the Quran. She enrolled him at the Surau, a place for prayer and worship, near their house in the village of Padang Sebang in Melaka.

Each day after school was over, Samad and his friends would amble along to the Surau, about a kilometer away from his house. To his little feet it felt very far away. Next to the Surau was a well. Before entering the Surau, they would lower a pail tied with a string into the well to scoop water to wash their hands and feet.

One day they saw a crowd of people at the well talking and gesturing excitedly. They peeped into it and recoiled in terror. Two feet with very white soles protruded out of the water.

Who was in the well? How did he get in there? Did he jump in? Did someone push him in? Was there a fight? These and other questions raced through their minds but remained unanswered. No ablutions were had that day. No Quran class either.

I was curious to find out if the Surau was still there. When I followed Samad on his “trip down memory lane”, the Surau was our first stop. I was sad to see its broken walls and roof. It had been long neglected and the area around it was overgrown with plants. The well with its gruesome past was nowhere to be seen. 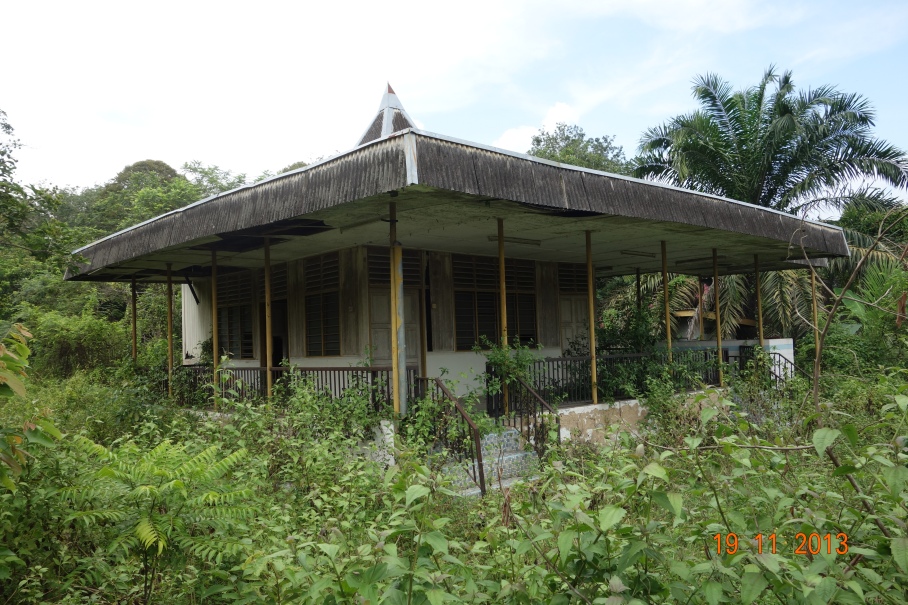 The original wooden house where Samad lived with his mother and step-father was also gone. In its place was a bright brick house belonging to his sister Sarah who lives in Jakarta. She uses it during her infrequent visits to Padang Sebang.

As we drove to the village of Gadek, about seven kilometers away, Samad recalled the days he’d pedaled curry puffs made by his mother. They were delicious, he tells me. He would hit the road at six in the morning during weekends and school holidays and trudge seven kilometers all the way to Gadek. By mid-morning his basket of 50 curry puffs would be empty.

His reward was two curry puffs per day but most days he would go hungry and sell them too. Soon he’d saved enough money to buy sweets from the village grocer at “bulk” price. He would pack them in little cellophane packets and sell them to his classmates. His secret enterprise grew steadily. But in his enthusiasm to improve his profit margin, the young entrepreneur took an uncalculated risk.

He stumbled upon some money in a kitchen drawer, “borrowed” ten dollars and purchased a big bottle of sweets. Before he was able to sell them and return the money, his mother discovered her loss, turned on her prime suspect, and marched him to his grandfather’s house located along Padang Sebang’s main road.

His grandfather was a disciplinarian. He inflicted several strokes of the cane on the little “thief”, sat him on a bench beneath the guava tree in front of his house, tied him to it and left him there for several hours. It was not difficult for me to feel poor Samad’s pain and humiliation.

We found no trace of his grandfather’s house nor of his prized guava tree. But the signboard of his first school, Sekolah Kebangsaan Padang Sebang was there, and some distance behind it, the school itself which had been rebuilt. (The secondary school he attended, the MHS or Melaka High School, the second oldest school in Malaysia, was just as he remembered it. Malaysia’s oldest school is the Penang Free School). 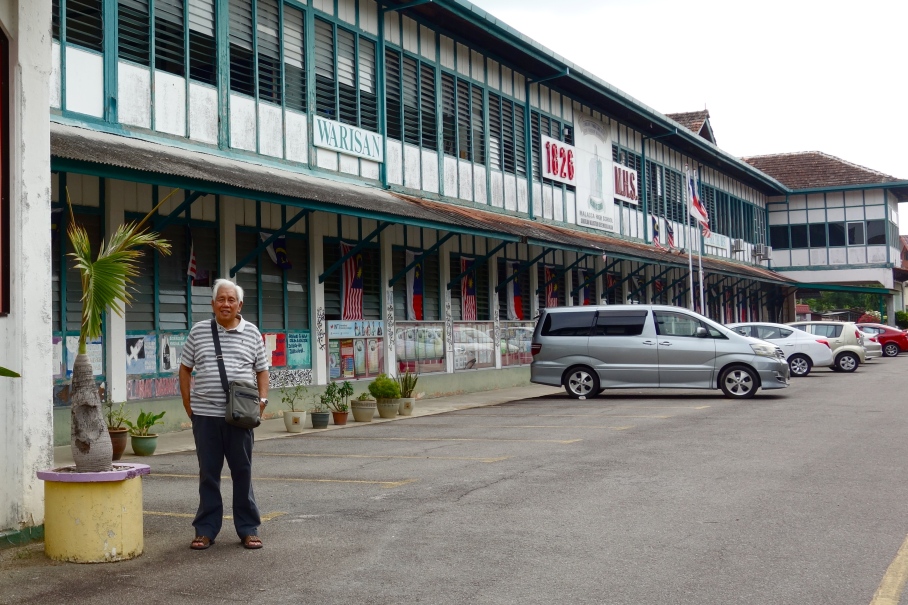 As we continued our leisurely drive around the area, Samad recalled the night he’d slept on the road with his friend Ariffin after their night prayers at the Surau. They were rudely awakened by the honking and bright lights of an approaching car which, thankfully, stopped just before reaching them. Hearts thumping, they leapt to the side of the road.

There was gentle, smiling Hassan, son of a wealthy Padang Sebang businessman, who took every opportunity he had to shower Samad and his friends with sweets, cakes and cookies. Hassan’s younger brother Ahmad was equally generous.

When Samad turned ten, his years in Padang Sebang came to an abrupt end with the passing of his beloved mother. He left for faraway Jasin to start a new life with his father and a new family.

4 thoughts on “A body in the well”